Jesus knew the cross was coming. He knew the agony that awaited Him. Keep that in mind as you read these words from Jesus’ final hours. You may even want to read the entire chapter for a richer understanding. Read the whole chapter here Luke 22.

END_OF_DOCUMENT_TOKEN_TO_BE_REPLACED

The treasure is buried. What good does it do there? That much “loot” must have brought attention to itself. You don’t just bury something under your tent without being noticed. That is probably why Achan’s family members were also sent away for punishment. I’m sure this is not the kind of remembrance Achan was hoping for when he gravely sinned. In fact, he was hoping to be “forgotten.”

As noted in our last reading, God sees it all. God knew who would be singled out that fateful morning. Achan did, too. From the time of the announcement until that moment, Achan had been thinking and overthinking what he had done. He could have denied it. He could have lied about where it was. But that at least he handled honorably. He told the truth when Joshua asked, “My son, give glory to the Lord, the God of Israel, by telling the truth. Make your confession and tell me what you have done. Don’t hide it from me.”

END_OF_DOCUMENT_TOKEN_TO_BE_REPLACED

Temptation is all around us. What tempts me may not tempt you. For an alcoholic, a drink is a temptation to sin. But for a non-drinker, a drink is just a drink. For a gossiper, a bit of juicy news is a temptation to gossip and share it with everyone, but for another, it would just be news. What can we take from today’s passage to help us with our own temptations?

First of all, note how the reading says that Jesus was led by the Spirit to be tempted. I’ve read those words before, but today it really struck a chord. God allowed the temptation. His Spirit even led Jesus right into the thick of it. There was a lesson to be had, a teachable moment. Isn’t there some comfort knowing that even Jesus was tempted. God even allowed his own Son to be enticed by the evil one.

END_OF_DOCUMENT_TOKEN_TO_BE_REPLACED 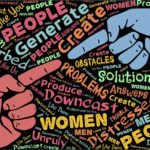 I can’t even begin to count how many times I’ve read this Bible account of the first sin. The sin that forever changed it all. I’m trying to read it with fresh eyes so that new understanding might shine through. How about you? Were there any new revelations that spoke to you?

I like how Satan uses an already “crafty” animal to do his bidding. The serpent or snake, and this one even speaks. Satan uses temptation to lure Eve into his trap. We, too, face temptations every day. The first step is to look. When we see the temptation before us, it is all the harder to turn away and avoid it. So while just seeing the temptation is not a sin, it very soon becomes sin when we take the next step and take it or do it. After all, it “looks good” at first. Then because we feel a little guilty, we get someone else to come along with us down trouble lane. END_OF_DOCUMENT_TOKEN_TO_BE_REPLACED 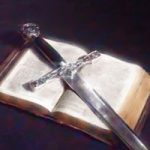 Does it make you feel better to know that even Jesus was tested? What can we learn from his response to the devil’s schemes?

We see Jesus in this passage from the perspective of knowing who he is and how his life played out. Imagine if we were only seeing him for the first time in these few verses. What if we didn’t understand or realize he was the Son of God? Read the passage again through that lens (yes, I know it’s hard).

What are your impressions now? Here are some of my observations.