This is quite the passage full of images, numbers, and a strong message. Many have wanted to take this literally and found ways to connect it to many Old and New Testament stories. Others simply see the beauty in the message God intends for us.

We’ll start by thinking about the temple John is supposed to measure. If you’re not up on your history, the temple in Jerusalem was destroyed by the Romans in 70 A.D. So, at the time John was being given these visions, the temple would have laid in ruin. Think back to Revelation 3:12. Christ promised the faithful would be made into pillars in the temple of God. And, in 1 Corinthians 3:16, Paul asks, “Do you not know that you are God’s temple?” The temple, then, could represent faithful Christ followers. We are the temple.

END_OF_DOCUMENT_TOKEN_TO_BE_REPLACED

If you’re like me, you’ve heard the Christmas story over and over again since you were a little child. You may have played an angel, a shepherd, or a wise man in a pageant or two. In my case, I don’t have that childhood memory because our church didn’t do that. I sang in a choir instead. Choir robes weren’t the same as a costume! I suppose that’s why as an adult, and as a children’s ministry director, I was so excited to bring this tradition to hundreds of children. Those are definitely memories I treasure.

Do we really understand the shepherds in the story? You know, the lowly ones left to tend to their flocks day and night. In the culture of the day, shepherds were not the admired ones in society. Little boys did not dream of being a shepherd. Of course, if you came from a family of shepherds, you would probably be a shepherd by default. It’s easy for us to look down on them because of how they were viewed by the rest of the population, but God didn’t. God gave them a very special gift.

END_OF_DOCUMENT_TOKEN_TO_BE_REPLACED 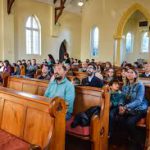 We have seen the author speaking to the supremacy of Jesus in these first few chapters. However, today the focus shifts to Moses. For the new Jewish believer (the original audience of this Book), Moses was a very important figure in Jewish tradition. It was Moses who was used by God to free their people from slavery as they were led to the promised land. I don’t believe this text was meant in any way to downplay Moses as the hero he was. Yet, we see again that Jesus’ power is greater than what we can already fathom.

The focus then shifts to God’s whole house, the church, and who is in charge. We are the church. Moses was a servant just as are we. Jesus built the church and is in charge of the church. It’s up to us to serve and to “keep our courage and remain confident in our hope in Christ.” Sometimes that can be hard when the world closes in around us. END_OF_DOCUMENT_TOKEN_TO_BE_REPLACED 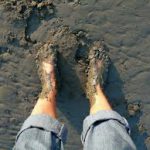 We can all remember seeing an old friend after many years. Maybe it was at a class reunion, maybe at the local coffee shop, or even at your children’s ball game. If you’re like me, it always feels good to see old friends. The years often evaporate as you’re catching up. Here, Naomi doesn’t seem especially happy to see her friends, despite their eagerness to see her.

The cultural understanding here would be that names are supposed to be a reflection of character. For example, if our name was “HAPPY,”  it would be assumed we were indeed, “happy.” It’s not clear to me what the name Naomi would suggest, but she definitely preferred “Mara” because it meant “empty.” Naomi had lost her two boys and her husband. Imagine that! She had every right to feel lonely and empty. END_OF_DOCUMENT_TOKEN_TO_BE_REPLACED 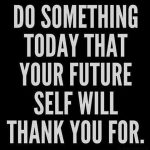 Today was an epiphany for me, and I just have to share it with you. Have you ever had an experience where you were absolutely certain God had a message for you? Today was one of those days for me. One of those times when it seems like several “coincidences” take place. I don’t know about you, but I look at “coincidences” as God sightings.

So here is my story. David and I had just said goodbye to my father who is newly transitioning into assisted living. I was feeling a little blue as we drove away. It wasn’t long before David plugged in a recording of a mindset call from one of my favorite coaches. Steve quoted lyrics from one of a song from Matthew West. It tied in so beautifully with the context of his call. I was beginning to feel so much better. Then, about an hour later, as we were getting closer to the St. Paul metro, I tuned in one of my favorite Christian radio stations. Guess what song was playing? It was a goosebump moment. Today’s reading feeds into that notion as well.

Here’s the Matthew West song, Do Something so you can listen in.