Festus was at his wit’s end at what to do with Paul. We know Paul has appealed to Caesar. Talk about going to the top for justice! But we all know Paul is not guilty of any crime punishable by Roman law. Festus knows this and wants to get the King’s input on what he should tell the emperor. If nothing else, he wants to save face and not look ridiculous for bothering the emperor himself with matters that should have been handled “in the field.”

I don’t know about you, but I love when Paul tells his story. He is so respectful to those in his presence. He is totally devoted to his mission. It’s so clear he truly wants everyone to believe as he does. I love that we all have the opportunity to receive forgiveness and be accepted into God’s family because of our faith and belief in Jesus. END_OF_DOCUMENT_TOKEN_TO_BE_REPLACED 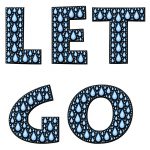 You would think the Jewish leaders in Jerusalem would forget about Paul. It’s been two years, and their anger burns on. Meanwhile, Paul has been an innocent man in prison. I thought of how this scenario is much like us holding on to grudges.

Have you ever had someone mad at you to the point where you weren’t speaking? Or maybe you were put out with someone and wanted nothing to do with them. I think we have all experienced that to some degree in our lives. It’s not healthy. We’re seeing the Jewish leaders holding on to this false notion about Paul. They think they know what Paul’s intentions are for the Jewish people. This is a great example of how grudges are often based on something other than true reality.  END_OF_DOCUMENT_TOKEN_TO_BE_REPLACED 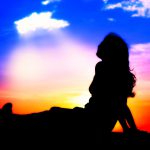 Two years! What a long time to be in prison. Although it sounds like Paul has it pretty nice for being in jail. At least he is safe from his accusers. And, like Paul always does, he is not wasting an opportunity to witness and share with Felix and his wife. I wouldn’t expect any less.

I don’t think I can say that I’ve been that transparent in my life. I have certainly never been in jail or suffered to any extent for my faith. Have I lost friends or gotten people angry with me? Probably. But there are other times I just avoided the faith conversation due to lack of time or feeling inferior at the moment. END_OF_DOCUMENT_TOKEN_TO_BE_REPLACED 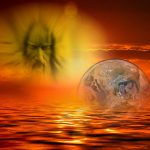 We don’t always get timestamps in our Bible accounts, but here we do. Today’s reading happens the day after Paul tried to talk reason to the angry Jews. Remember how the commander rescued him and put him in the fortress? The people’s anger wouldn’t just dissipate, but it seemed to have escalated. At least for this group who have made an oath not to eat or drink until they kill Paul. It seems crazy to me. They had quite a plan. But God had his angels in place to prevent it getting in the way of his plan. God’s plans will always trump the enemy’s plans.

Thankfully Paul was in protective custody which allowed family members to visit and bring food and other amenities. It seems those guarding him were also on his side. They were a bit perplexed at why these people were so full of anger and hatred toward Paul. END_OF_DOCUMENT_TOKEN_TO_BE_REPLACED 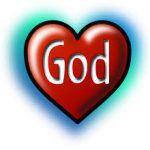 Paul was again using his times of persecution to witness. Today Paul is given the opportunity to appear before the Jewish high council. There are some interesting exchanges that take place during today’s reading. Paul was able to discern that some were Pharisees and some Sadducees. There are some distinct differences in belief systems of these two Jewish groups. Paul used these to drive a wedge of sorts between the leaders present that day.

Did you find it funny it was the commander who stepped back in to rescue Paul from these leaders? Paul had created quite a stir. We remember that all of this anger and fear relates back to false stories. From what we know of Paul, he would never teach against his Jewish heritage. To the contrary, he would be looking for ways to bridge his new belief in Jesus as Lord with all he has known his whole life. A Pharisee who has seen the light. Literally. END_OF_DOCUMENT_TOKEN_TO_BE_REPLACED