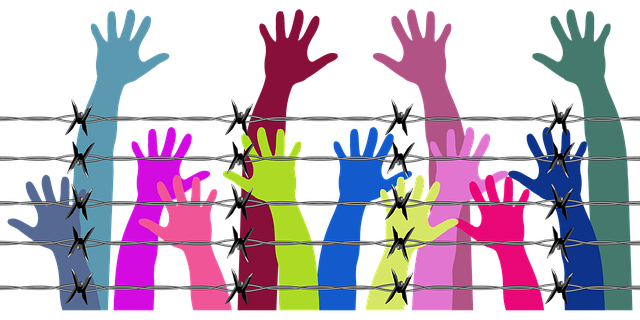 If you got hauled off into exile, you’d certainly be hoping for them to spare your life. By the time this group of 74 people consisting of dignitaries, priests, and even poor folk were collected and taken to the king, many others were already hostage in Babylon. Would these people have knowledge of where they were headed from hearing word from those exiled or was it a total unknown?

No matter what these people knew or didn’t know, they endured emotional upheaval which led to the resolution of death. These prisoners would not be captive for long. Certainly they had seen death all around them when others had been taken or attacked. Now it was their turn. This was not a pleasant time to be in Jerusalem.

END_OF_DOCUMENT_TOKEN_TO_BE_REPLACED

Why do you think God had Jeremiah put on a heavy yoke before he sent these messages out? Again, it was a teachable moment for Jeremiah. God used a real-world example to help Jeremiah understand the weight of the people’s rebellion. The yoke served as a sign to the ambassadors (v.3), King Zedekiah (v.12), the priests and the people (v.16). The message was to submit to the yoke of Babylon.

A yoke in the literal sense is an apparatus that is put on working animals attaching them to a plow or cart to be pulled. The Bible uses the reference of a “yoke” as a metaphor for bondage or servitude. In this case, the heavy yoke was likely to signify the oppression of Babylonian captivity about to become reality. That was certainly going to be something uncomfortable to bear.

END_OF_DOCUMENT_TOKEN_TO_BE_REPLACED

The reference to seventy years begins to lessen the tension of being doomed “forever.” Thankfully their judgment is not meant to be an absolute timeless void of time, but more like the “foreseeable” future. Seventy years is still a long time! This whisper of hope does not lessen the unpleasant judgment they will soon endure.

Jeremiah put into perspective for us how long he has been speaking the message of repentance. For twenty-three years he and others sent by God have been risking their lives, obediently listening and repeating the communication they have been given by God. I have a hard time accepting when people don’t listen to me the “first” time I make a request.

END_OF_DOCUMENT_TOKEN_TO_BE_REPLACED

Isn’t Egypt where it all started? Isn’t Egypt the land of oppression God had rescued his people from? Why are they now finding their way back there to be “safe?” Sometimes we see circular patterns like this today. It’s like the battered wife that keeps going back to her abuser thinking he’d changed. (Speaking from experience here.)

Judah’s exile story continues to morph. It wasn’t a once and done sort of take over. It seems like the desire for control has overtaken many of the people involved. Gedaliah was an interesting choice for governor, chosen by King Nebuchadnezzar to keep the land of Judah bowing to him. Gedaliah was a descendent of one of King Josiah’s right hand men, Shaphan. Other than name recognition, I’m not discerning any real strategy.

END_OF_DOCUMENT_TOKEN_TO_BE_REPLACED

What a sad day for Judah! With the arrival of King Nebuchadnezzar’s captain of the guard, Nebuzaradan, Jerusalem would never look the same. Can you imagine the horror of the people remaining in Jerusalem as they witnessed God’s holy temple being destroyed? Then they had to watch while all the expensive trimmings were hauled away.

The Babylonians meant business and were ready to finish off the city. God had given them complete access. More people were taken away into exile. Nebuzaradan saw it prudent to leave the poorest behind to tend the fields. How would it have felt to be left behind in this shell of a city, only to be slaves to the Babylonians? Did they think that life in captivity would be better?